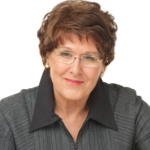 This is the story of the first Coaching and Mentoring Project of its kind, for newly arrived professional men and women experiencing difficulties in gaining employment in Australia’s notably multicultural society. Despite being impressively well-qualified, with previously solid work histories, after negative employment experiences some participants had lost confidence in their abilities to service their own needs and had ceased to invest in themselves. Given that migration is such a topical issue, it is highly probably that many of you will know someone who has made such a move.
Through an informal, interactive learning segment, we go on to explore ways in which coaching and mentoring can usefully address some of the cross-cultural and multi-disciplinary issues encountered through this transition.

While sharing this study not only directly informs us as to how we might operationalise our ideas, opinions or policies on Diversity and Inclusion, it challenges us to put them into practice. On a personal level, it also resources and encourages us to stretch and share our skills in new and profoundly meaningful ways.

Sue Halden-Brown is a former Olympic and high performance coach. Her fascination with the dynamics of excellence subsequently led her into business and executive coaching, and into the performing arts, all of which demanded high levels of self awareness and sophisticated mental skills – which are her coaching specialty.

Sue is the Founding President of the first professional body for equestrian coaches in Australia and she also runs the world’s first on-line hub for best practice sport-specific coaching resources. Sue’s work has further expanded to embrace a comprehensive study of mistakes, which has resulted in her developing a new coaching model for addressing error, which extends across both the sports and business coaching worlds.
As part of her own CPD, Sue travels widely each year, to mix and meet with others in the coaching community. Despite the joys of these trips, however, she is known to always return to her husband and her horses on their idyllic property in rural Australia. There, as an internationally-published author, Sue is currently engaged in writing a new series of coaching books, in between feeding livestock, enjoying the spacious Aussie landscape and raising orphaned wildlife.