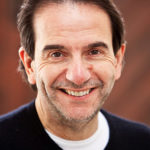 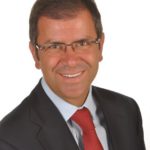 Dr Riza Kadilar, EMCC Global President will close the conference with a short address which will be followed by a fun concert by EMCC Global’s new resident musician Michal Omer.  Join us for a relaxing way to end the conference.

Michael Omer is a graduate of the Guildhall School of Music & Drama (UK), whose music has been heard in many of London’s major concert halls. His orchestral commission for the London Mozart Players, ‘The Rages of the Ages’, was also broadcast on BBC Radio 3, and his numerous scores for television and film have been heard extensively worldwide: notably the EMMY Award winning “Little Lord Fauntleroy” (BBCTV) for Oscar winner Julian Fellowes and the feature short “It’s Good to Talk’” for Barney Reisz, which received an Academy Award nomination.

Michael has recently been named as EMCC Global’s musician in residence.