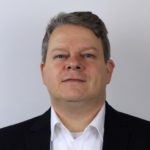 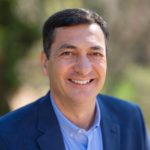 How can we ensure that our understanding and support of mentoring is optimal?

After 16 months of surveys, expert interviews, brainstorming session,s and reviewing papers, the EMCC Global Mentoring Review WorkGroup is proposing updates to our mentoring definition and competencies. Join us for an interactive session, complete with breakout rooms and virtual whiteboards, where together we will:

Nigel Cumberland is the co-Founder of The Silk Road Partnership and is a coach, mentor, facilitator who has worked with leaders in the United Nations, The World Bank Group, Fortune 500 groups including Google, Dell and Standard Chartered Bank, as well as in the Public Sectors of countries such as the UAE and Malaysia. He is the author of a range of leadership and self-help books including the best-selling 100 Things Successful People Do: Little Exercises for Successful Living (John Murray Learning, UK & US, 2016) and 100 Things Successful Leaders Do: Little Lessons in Leadership (Nicholas Brealey, UK & US, 2020). Nigel is accredited by EMCC at Master Practitioner level and is the EMCC Global Mentoring Review WorkGroup leader. Until last year he had spent five years heading EMCC Global’s Ethics WorkGroup and in this role oversaw the creation of the first and second versions of the Global Code of Ethics. He also sat on the UK Academic-Industry partnership, The Collaboration for the Future of Coaching (‘CFC’), as they produced the Ethical Principles and Good Practice for Coaching Provision in Organisations.

Florentina Soare is based in Romania and is the Founder of Mentorissima4you (a coaching and mentoring boutique for effectiveness). She is also the Vice-president for Research & Mentoring for EMCC Romania and is a member of the EMCC Global Mentoring Review Workgroup. Her experiences and perspectives about mentoring are diverse, coming from being a national/international mentor (specialised in Leadership, People Management for entrepreneurs, Human Resources), and as a mentoring a programme manager, a designer of mentoring programmes, as well as a mentor with a broad portfolio of mentoring experiences: corporate, entrepreneurial, social. She is also an experienced executive coach and systemic team coach. She views herself as a people developer geek.

Mick Lavin is a Coach, Agile Coach, and Business Agility Thought Leader, specialising in Agile adoption in multi-cultural business environments. Over the past three decades he has worked both locally and internationally in the hi-tech industry, operating at various organisational levels, in multiple industries, and across three continents.  He holds an MBA, Executive Coaching Diploma, and is a Professional Scrum & Kanban Accredited Coach. He is a member of the MBA Association of Ireland, EMCC, and the Business Agility Institute. He currently works as an internal Agile Coach, is a member of the EMCC Global Mentoring Review WorkGroup, and hosts Business Agility LIVE streaming interviews with industry influencers.